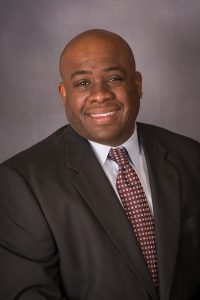 When Gary decided to venture out on his own and start a new business it was a scary thought. But being that he had a desire and a market to target he knew it would be a challenge but ultimately would be a successful business.

When he was working for a temporary agency on his way to work one day he decided that he needed to figure out another way to make money and be profitable at this business. He lives in Carlisle, PA and he noticed that there were so many commercial trucks coming in the area. So he decided he would transport commercial truck drivers coming into the Carlisle, PA area. He started but handing out fliers to Hotels and telling them if you have any commercial truck drivers needing a ride that he would be able to transport them to different destinations.

One afternoon in May of 2014 he was let go early from his temporary position at a warehouse and he went to a hotel and encountered a truck driver. He said, “You look like you need a ride?” The driver told him that his truck had broken down and he needed a ride to Caseyville, IL because he worked for Henderson Trucking and he needed a ride to the terminal. The next day Gary and the driver and his wife were off to Caseyville, IL.

This was the start of Personal Care Transport. Gary has never looked back ever since.

In 2015, Personal Care Transport was changed into Personal Care Transport, LLC. The company has transported thousands of Commercial Truck Drivers in and around Carlisle, PA. He has also built a small truck parts division which is basically a Hot Shots run for trucking commercial trucking companies that need parts for trucks at various times during the day and night. He has a solid customer base with commercial trucking companies, towing companies, and truck dealerships in and around the Carlisle and Harrisburg area.